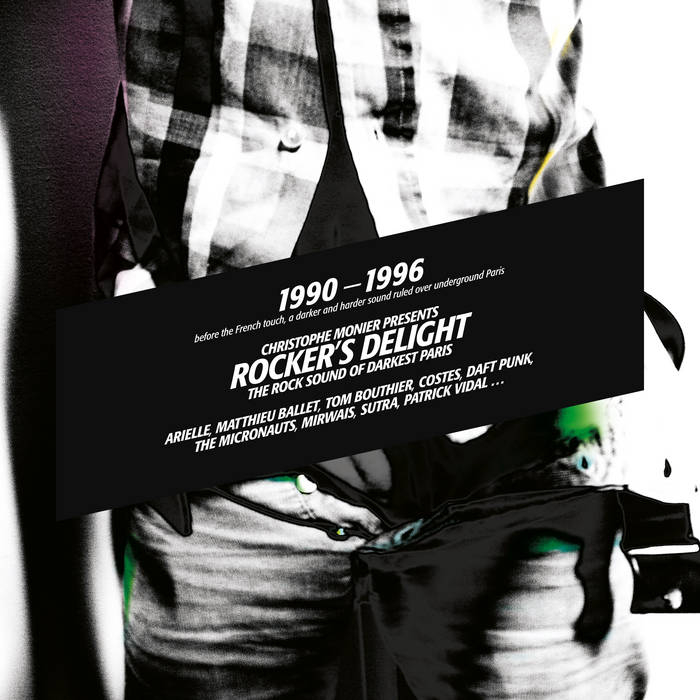 1990-1996: before the French touch, a darker and harder sound ruled over underground Paris

Do you really think there was nothing before the “French touch”?
France has always been packed with musicians who opened up new ways. Some bands have actually developed a cult following, whether it is Marie et les garçons for whom Patrick Vidal was playing, or Taxi Girl composed of Mirwais Ahmadzaï and Daniel Darc. These bands blended the energy and revolt of punk with either electronic instrumentation or dance floor grooves. But we have not heard the last from these pioneers of the electronic French sound. Rocker’s Delight is the testimony of an effervescent era that laid the foundations, through various hybrid projects, of a new musical idiom and an unabashed attitude, giving way to the emergence of a new musical approach that literally took the whole world by storm.

"Rocker’s Delight - The Rock Sound Of Darkest Paris” is the result of a crossing of the swords between electronica and rock, funk, old school hip hop, house, etc. Far from being a patchwork of dissonant tunes, this album gives a glimpse of a more sombre Paris, more decadent, and in an unconventional need for grooves.

New sounds from Mavi, Ivy Sole & Moderator, plus AJ, the One joins the show, for her latest release